Batman, Streakers, and the Last Time I Saw My Dad 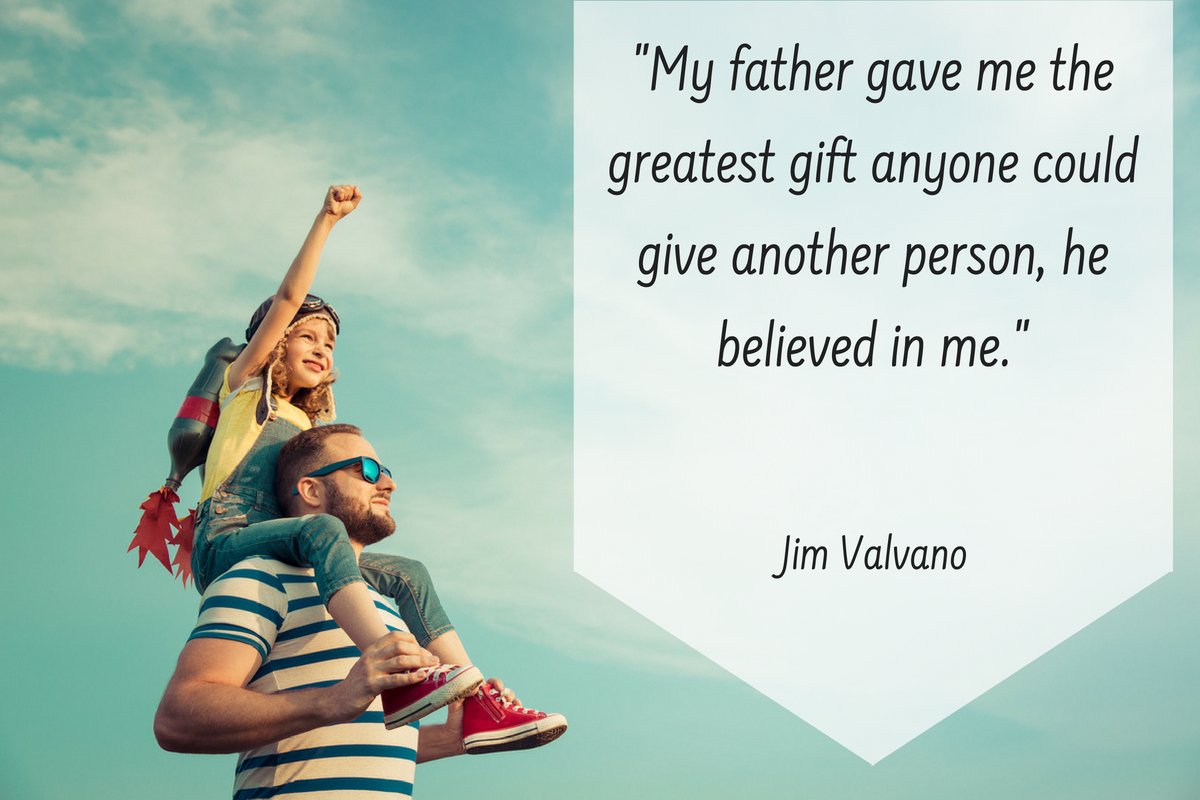 “Heroes are made by the paths they choose, not the powers they are graced with.”

As he drove away, I was reminded of all the things that distinguished my dad among men. He had more patience than Job and rarely became frustrated or angry.

During my senior year in high school, he faithfully and methodically sat with me at the kitchen table night after night and tutored me in math, the goal being to raise my score on that portion of the SAT. As Dad explained theorems, formulas, and basic mathematical concepts, I thought of pep rallies, football games, and who might ask me to the homecoming dance. Although I had the attention span of a gnat, Dad’s support and encouragement never wavered. For this feat alone, he deserved sainthood.

Dad was also prepared in everything he did. The week before my wedding, he practiced his answer to the question, “Who gives this woman to this man?” changing the inflection on each word until he decided the ones he wanted to emphasize.

When the time came for him to answer, “Her mother and I,” his voice cracked as he fought back tears. The words were a mere formality, and we both knew our bond would never change. He would always think of me as his little girl. Evidence of this came to light when he once sent a package to my workplace addressed to “Sharon Brown.” After a short investigation, the secretary deduced the box was mine, and as she handed it to me, she said, “You’re extremely lucky to be a daddy’s girl.”

The most important attribute of my dad, however, was that he was the spiritual leader in our home.

When I was in third grade, our church sponsored a young couple who came for a revival. One night, they were in our home and met with the youth of our small church, with the ages ranging from teenagers to preteens, to tweens and younger. I was in awe of this couple and thought they were the essence of cool. They played the guitar, and we sang songs like “Kumbaya” and “This Little Light of Mine.” It was during the song “Pass It On” that I experienced a feeling I’d never had before. It was like a presence, something greater than I, filled my heart. I knew it wasn’t a tummy ache from something I ate because the feeling didn’t go away.

As the week came to a close, on the last night of the revival, there was an invitation at the end of the service, and my brother walked down to the front of the church. As I watched his pilgrimage to the altar, I wanted to follow but didn’t. I wasn’t fully aware of why he was going. I knew Jesus was in my heart, but I didn’t really understand the part about making a decision and joining the church.

Years later, when I was thirteen, we visited another church, and my dad stated that he wanted us to join the church as a family and asked if I was ready to make my decision public. He then added with a smile and a wink, “You’ll just be making it official.” He had the ability to see right through me; he knew my heart.

Thinking back on all the things that made my dad special, I couldn’t fathom life without him. He was my hero. I’ve always had heroes, and I confess it all began with Batman, an ordinary person without superpowers who made use of his intellect, detective skills, technology, and physical prowess to fight for justice and rid the world of evil and crime. What I admired most about Batman was that he spent his life protecting those who couldn’t protect themselves.

Not only did I adore Batman, I wanted to be like him. When I “played pretend,” I never chose Catwoman or even Batgirl, and I definitely had no interest in being Robin, the goofy sidekick. It was always and only Batman. It wasn’t the tights or the mask or even the utility belt, the world’s greatest wardrobe accessory that may have possibly been the inspiration for the fanny pack. It was the cape. I loved his cape. To me, the cape is what made Batman credible. It was the one piece of the ensemble that turned him into a superhero. Without the cape, Batman would have simply been a masked man running around Gotham City in his undergarments.

In addition to his supercool appearance, Batman was humble, determined, and intelligent, and he had a strong moral code. Being like Batman seemed possible because he didn’t possess superhuman traits that weren’t available to normal people. He used the abilities he was born with to rid the world of evil. Aside from being wealthy, he was a regular guy who took a stand and fought for those who were unable to defend themselves.

My brother and I religiously watched the Batman series each week. In the first couple of seasons, it actually aired twice a week, and on those nights, you could find Greg and me sitting cross-legged on the floor in front of the television, mesmerized. “Pow! Bam! Zowie! To the Batcave, Robin!” Holy cow, we loved that show.

Because of our Batman obsession, my mom decided to make us homemade Batman costumes for Halloween. I have always appreciated the fact that even though I was the youngest, she didn’t require me to dress up as Robin. She let us both be the Caped Crusader. Either she didn’t want to break my spirit or the Batman costume was the only one she could find at Hancock Fabrics in a Simplicity or Butterick pattern. I remained a fan of Batman for some time, feeling that he was not only a superhero but also my friend, someone to call on when life as a four-year-old got me down.

As much as I admired Batman, he was nothing compared to my dad. Every weeknight, I awaited my true superhero’s arrival home from work. This superhero was like no other. Instead of tights and a cape, he wore a suit with a freshly pressed white shirt and tie, and his shoes were finely polished. On colder days, he wore a Tom Landry–style hat, and he always carried a briefcase. His mode of transportation wasn’t a state-of-the-art Batmobile but rather a turquoise 1960 Ford Falcon. Whenever I heard the Falcon pull up in the driveway at the end of a long day, I ran as fast as I could to meet him. No matter what I was doing or wearing, I sprinted to his car to give him a hug.

One day, this regrettably turned scandalous. Dad pulled into the driveway just as I was climbing out of the bathtub. Without thinking, and before my mom could wrap a towel around me, I ran outside, stark naked and dripping wet. I looked like a drowned rat sporting a pixie haircut. As if this suggestive display wasn’t offensive enough for the residents of Rosa Lane, the very cultured and refined Dr. Vera Dugas, a professor at SFA, drove by our house at the exact same time. Dr. Dugas lived in the cul-de-sac at the end of our street, and I just knew she was Cruella de Vil’s sister, as they both had those fancy black cigarette holders. Unaware I was being watched by her cutting and disapproving eyes, I greeted my dad and then happily pranced back inside.

Several days later, Dr. Dugas ran into my mother and quipped, “I saw your daughter running outside without a stitch of clothing. Wonder who she gets that from?” Holy inappropriate behavior, Batman! My mother was horrified. From that day forward, clothing was no longer an option when going outside. I now find an inordinate amount of humor in the necessity of having such a rule. Along with the clothing decree, my distrust of Dr. Dugas continued, and I stayed on the lookout for Dalmatian sightings in my self-appointed position as “neighborhood watch.”

Not too many years later, while sitting in the backseat of my mom’s gold Bonneville as we were driving through the SFA campus, a streaker raced by our car. My mom screamed, “Duck! Take cover! Close your eyes!” Well, of course I peeked, and when I saw the naked man running past the dorms, I was unimpressed and thought, Hmmmph. What’s the big deal? I did that when I was four.

A warm feeling passed over me as I imagined Dad passing these tales along to his grandchildren. He’ll definitely get a lot of mileage out of my mishaps and adventures as a child, I mused. I was jolted back to reality by the persistent chirping of a mockingbird conspicuously perched on a limb, loudly singing its melancholy song for anyone who would listen. I quietly thanked the bird for its interruption, as I had spent enough time in the past. After all, I had important household chores awaiting me inside. It was time to go in and return to my take-everything-for-granted existence.

(from Chapter 2 of Mockingbird Moments)

If you would like to order an autographed copy, please send your address to me at sharonbrownkeith@gmail.com

Payment can be made through PayPal or Venmo. ($18, including tax and shipping)