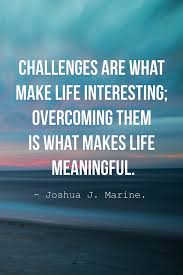 Week 6, Day 3. A day I had been dreading. It was the day of reckoning on my Couch to 5K app. I hadn’t done the workout in a week or so, because I started back to work, or was overwhelmed trying to edit/re-write my book, or I didn’t get up in time and I couldn’t do it later in the day because it was too hot. The list of excuses was longer than traffic lined up on I-35 in Austin.

Monday was the first day of school, and I knew that I had to get back in my routine. I woke up early (3:45) so that I would be able to do my workout, have some quiet time, and get ready for work. Some of you may be asking, “There’s another 3:45 in the day?” I see this time quite often because I don’t sleep a whole lot. Anyway, I went out to do my running on the driveway and when I clicked on the workout it was Week 6, Day 3. I knew that meant I would have to run for 21 minutes straight–no walking in between. I just couldn’t wrap my head around it, and thought I might try my own workout. Complete avoidance. I’m not saying that’s ever the way to go, but Monday morning, as the clock ticked to around 4:00 a.m. I had to make a decision. So I chose to repeat Week 6, Day 1. I would do the warmup walk, run for 5 minutes, walk for 3, run for 8, walk for 3, and run for 5, and then cool down. I used the excuse that since I hadn’t been running, I should ease back into it…

I completed the workout, felt great, and then next morning, repeated Week 6, Day 2. I decided on Tuesday morning that I would rotate between those two workouts until I felt I was ready to move to running for 21 minutes straight. Without stopping (although who would really know if I stopped and walked some???) These questions and thoughts entered my mind and I was content with my choice.

And then Thursday happened. Let me backtrack a little. My week had been frustrating. Some of my frustration was self-created. Like the first day of school when I decided to re-arrange my office because my new computer was taking up too much space on my desk, and I needed to move my lamp for better light, and rearrange my books. I jumped the gun and took everything off my desk and bookshelf, and moved my filing cabinet, but my desk wouldn’t budge. So I called for reinforcements (my husband who is the principal) who was doing a lot of high-level first day things. Like running the school. After lunch, my desk was moved, and I began putting things back together. And then on Tuesday, I had to take the day off so the Samsung technician could come fix our TV of less than 6 weeks. The window was 8-12, then 9:45-10:30, then 10-45-12:00. Then I received a call that the part wasn’t in, and I would be contacted after 1:00. And around 2:00, I was told that it would be several hours before he could make it, but he was coming. At 6:15 he arrived, and I discovered my day had been filled with “hurrying up and waiting.” I didn’t accomplish anything, and left some work at school that I could have done. I was exhausted. And I was dealing with an insurance issue that has extended into the rest of the week. (I cancelled a policy, jumping through all the necessary hoops, and they still deducted from my bank account an increased premium for a policy I no longer have). And the line I kept getting was, “You account is closed. It is no longer linked to the bank.” Then WHY has it been deducted from my account? So yesterday, I continued beating my head against the wall and went to the bank, where the sweetest young lady faxed a copy of our statement along with a statement that this was an unauthorized deduction and I also paid a fee to stop future payments. I’m still waiting to see if it is corrected.

So, getting back to Thursday. I don’t work on Thursdays, so I began my workout about 2 hours later. I was going to do Week 6, Day 2 as planned in my genius rotation. I walked outside, and wasn’t wearing my glasses, and clicked on the wrong thing. A different person was coaching me…a Runicorn (looked like a Unicorn and he was telling me to sign up for the Color Run 5K). It was ridiculous (the Runicorn cartoon character and me running a 5K). Simmer down, now! I can’t even run for 21 minutes straight. I punched an arrow and I thought I clicked him away, but didn’t. UGH! I went back inside to get my glasses, and try again. I finally found my friend, Constance, who has coached me to this point (she’s also a cartoon character, but seems more normal. And we’ve become friends). Anyway, I reset the workout to Week 6, Day 2 a couple of times, and when I was finally set, I began my five minute warmup. At the end of the 5 minutes when Constance said, “Now jog,” I started running. And as I began running, I saw that the time for me to run was 21 minutes! WRONG! I set it for the 5-8-5 pattern, or so I thought. Tears were welling up in my eyes. Why is everything so HARD? I reset this stupid thing twice and it’s still wrong! I slowed down, but didn’t stop running. I was going to stop the workout and go back. But that would mean walking 5 more minutes, before I began the running part. And I just didn’t have the mental fortitude to do that. As crazy as it sounds, I would rather run for 21 minutes than to walk for 5 more. That kind of thinking was foreign to me, but I decided to roll with it. I decided that I would try, and if I felt I couldn’t do it, I would stop. But you know what? I did it! I ran for 21 minutes straight! And it felt wonderful! It was easier than the stopping and starting, it was easier than repeating the same workout over and over, and better than the changing of plans, and manipulating, and trying to control everything!

And then, as I was running, I begin seeing all the lessons! So many lessons! You can come up with some of your own, but here are the big ones: Preparation leads to success! I had been preparing for weeks, but I had also been telling myself that I couldn’t do it. Just like in re-writing my book: I went from “I can’t do this!” to “I’m not sure I can do this!” to “It’s going to be too hard,” to “I have some great ideas how to move things around and make it a better story!” And you know, I realized that writing this blog prepared me for the edit. Had I not been writing on a regular basis, it would have been a struggle. But I’ve practiced, and practiced, and I was prepared for the challenge.

And the frustration with the insurance company and the bank…I can’t control any of it now. I’ve done all I can do. And however it’s resolved, I have to accept it. I spend too much time trying to control outcomes, and it is exhausting. If I have prepared and done all I can, I have to move on.

I put off writing a blog this week because of school starting, re-writing, TV issues, and many, many more excuses. And then Thursday came and through my workout I learned so much about myself. And I’ve discovered that the time I’m running up and down my driveway is when I come up with the ideas for my book, and my blog, and things I need to do every day to be better. I need that alone time. I need the time to challenge myself. I need the time to reflect, refresh, renew.

Last week, the Education Foundation at our school posted on Facebook, asking if they sponsored a 5K, who would be willing to work it, or run in it? I thought about possibly working it, and then forgot to respond. But now, I think if it comes to pass as a fundraising event, I will run in it. It will be ugly, and pitiful, and they may have to have the have the event on my driveway, but that’s my new goal.

So, my friends. If you’ve been putting off Week 6, Day 3 of something in your life, I hope you find a way to conquer whatever it is. I never dreamed that I could actually do this running thing. I viewed it as a good workout that I could put on repeat. I could be complacent, and not move forward and still have good results. And then Thursday happened.(And if you think about this in biblical things, be reminded of what happened in Jesus’ life on Maundy Thursday–a tough day, but oh, so necessary for what happened on the following Sunday). May that ever important day and lesson be a reminder to you that whatever you’re battling has already been won. Someone else is fighting those battles for you…

Here’s one more thing… As I came to the end of the 21 minutes of running, I threw my fist in the air, and shook it victoriously. And the next song to come on my playlist was, “Amazing Grace (My Chains Are Gone)….It’s truly amazing what we can do, when we break those chains, and let go of all our insecurities, and limitations, and excuses.

I know this was long and rambling, and many of you may not have read all the way to the end, because you don’t want to know about my running, and maybe I’ve become one of those people who talk about working out too much. I hope that’s not the case. I hope you know that I write about it because it’s hard, and not pretty, and it’s a struggle. But it’s something I have vowed I will do. And it keeps me accountable to share about it. I don’t ever want to come across as “preachy,” but I am thankful everyday for these small steps, and the path that has been laid before me. It is challenging, and at times I want to give up. And then I defeat my nemesis–Week 6, Day 3– and know that when I’m prepared, I can do all things (Philippians 4:13). And when I wonder why things happen to me, and why things are so hard, and why certain things aren’t fixed in my time frame, I will be reminded that it’s all a part of preparation. And when I’m prepared, the blessings will overflow. 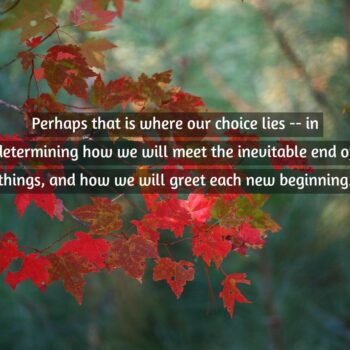