Book’em, Danno…The Re-Belle-ion has officially begun (the book is out and here’s a sneak peek)… 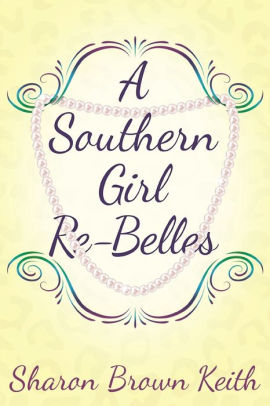 I’ve been waiting for this day for over a year and now it’s here! And there’s so much I need to say! I will be giving more information out on the podcast (elaborating on the details in the blog). So read and/or listen and find out all you need to know about how to order a copy of the book, A Southern Girl Re-Belles.

For months, I’ve envisioned a grand revealing/book release, and as I’ve found out all too often, things don’t always go the way we plan…

As part of the marketing of the book, there will be a website, and on that site you can order the book. These orders will come directly from the source, Dog Ear Publishing.

As of today, the website is not ready, but I wanted to go ahead and let everyone know the book is available on Amazon and Barnes & Noble in case you want to give it as a Christmas gift.

On my podcast this week, I will talk a little more about the publishing process and the price-setting. I am a terrible business person, and would much rather just give the books away. But, I can’t.

The book is available in paperback ($14.99), as well as hard cover ($29.95). I had many people ask about the hard cover option when I published Mockingbird Moments, and I wanted to be sure that option was available this time around. Before you raise your eyebrows at the prices, please know that I am not trying to take advantage of you in any way. If I told you what my profit margins were, you would probably feel sorry for me. BUT, just know that writing is something I LOVE to do, and I guess, it’s an expensive hobby, rather than a way to make a living (at least for me)…

I’m sure I will have a book-signing at some point, and will get that information to you after something is planned. If you buy the book, read it, and like it, I’m asking that you share it with as many people as possible. And if you know anyone famous, let them know about it (and I’ll even send them a copy if they’ll endorse it!) Seriously, this marketing stuff is so out of my wheel-house. Also, if you have friends who own boutiques or other businesses who might allow me to leave books there to be sold, let me know.

I will be all over Facebook, peddlin’ my book, so just get ready. Again, this isn’t my strong suit, so bear with me.

I am providing the links to Amazon and Barnes & Noble below.

I’m teasing you with the first chapter and hope it will make you want to read more.

Also, there is a book trailer, which will hopefully do the same. Thanks to all of you for your support, encouragement, and friendship. I am so very blessed…

Excerpt from A Southern Girl Re-Belles

As I nervously stood gawking at the wreckage before me, I was

amazed, somewhat amused, and a whole lot relieved to see that

of one of the overly ornate plastic Wise Men, which was standing

expressionless as an unsuspecting member of this former nativity

Olympic judges holding up signs with “10” on them, knowing that

appreciated such stellar skill and talent. I wasn’t sure if the infant doll,

still swaddled in a cotton “Made in the USA” blanket from Walmart,

was slumbering atop gold, frankincense, or myrrh, but I felt a modicum

old-school 1992 car, which, like these Christmas decorations, had seen

The Mustang, in a brief and infamous moment, had, just

seconds before, left tire treads across the faces of several still-smiling

angels, along with the unknowing (fake) livestock who were at this

point pinned under the vehicle. The baby seemed to be in good hands,

grace and forgiveness on my day of reckoning at the pearly gates. For

my entire life, I always seemed to find humor in the strangest places,

and requires in solemn, tragic, or otherwise complicated situations. I

knew, however, that the momentary hysterical nervous laughter that

for the dire circumstances I now found myself in.

As my eyes surveyed the devastation, I noticed the manger was a

total loss, as pieces of wood and hay were haphazardly strewn around

the front lawn of the Friendly Baptist Church, a name that would

probably be tested as members of the congregation received word of

this unexpected Yuletide gift. My car had survived, but in the most

biblical fashion, the impact of the crash had sent Mary flying to the

right side of the vehicle and Joseph to the left, in a none-too-fancy

attempt to reenact the parting of the Red Sea.

I guess it probably wasn’t the best thing to say, but it was the first

thing out of my mouth, and since I’m not known for having any sort

of filter, it was not surprising to my friend, MG, when I exclaimed,

“Well, at least it wasn’t a ‘live’ nativity scene with real animals and

people. The last thing I need is to have PETA and a herd of Baptists

breathing down my neck.” Silver linings were usually her thing, but

as I peered out the corner of my eye, I saw my overly pregnant and

she was confident was about to strike. When she felt somewhat safe in

a moment of sweet deliverance, Mary Grace quickly but emphatically

made the sign of the cross over her large, expectant chest and muttered,

“If only Jesus had taken the wheel.”

me, but as I stood on the wet grass in front of this daunting house of

worship, I decided that lying to myself and anyone else at this point

might not be the best plan of action. The engine of my car was still

running, and in the background of this unpropitious scene, Robert

inappropriate fashion. Knowing my track record, I understood that

The enormous spotlight, which had amazingly survived the carnage,

was now illuminating our faces, mimicking what I imagined it would

be like in the interrogation room at the police station. Overcome with

fear, combined with a rush of adrenaline at the thought of trying to

escape responsibility for my actions, I decided to once again stretch

my moral boundaries, and I pulled the plug on the huge apparatus,

“The Star of David,” which, if left unattended, would soon lead people

from near and far to the locale of my latest disaster.

It was then and there as we were alone, cloaked in darkness, joined

only by the not-too-subtle hint of Jack Daniels on my breath, that I

said to my best and longest-tenured friend, the one who seemed to

always have my back and clean up my messes, “Mary Grace. You know

you have to switch places with me and pretend like you were driving.”