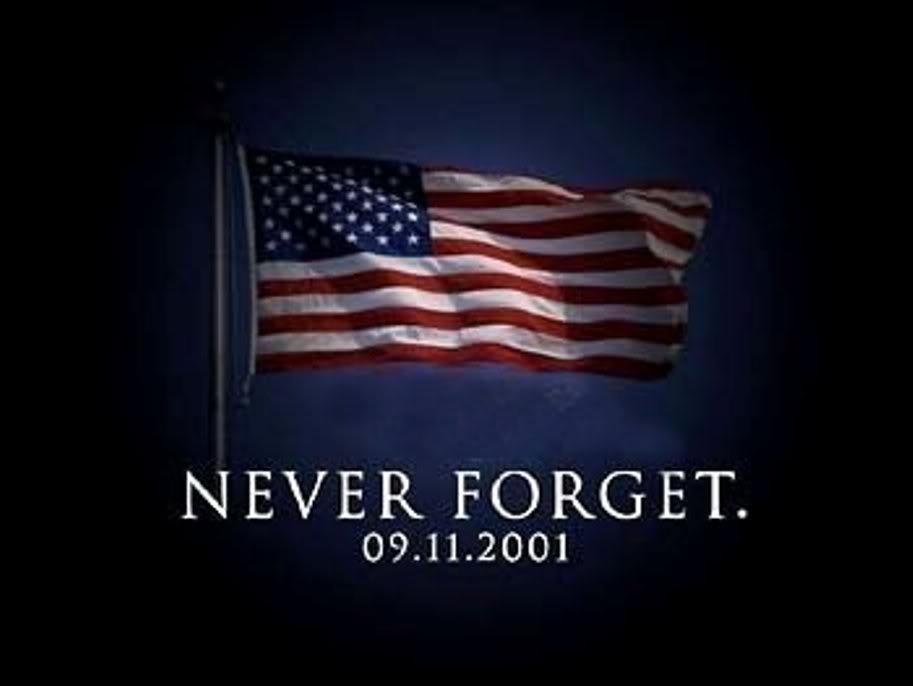 After I graduated from Texas A&M in December of 1985, I ventured off to Washington, D.C. to try to find a job on Capitol Hill. My parents weren’t too thrilled about the idea, but supported me and my not-too-well-thought-out-dream.

The only skill I had to list on my resume, was a college degree. I was a terrible typist, and apparently, that was one of the most important skills necessary to get hired in an entry level job with a congressman or senator.

The previous summer, I had been an intern for Senator Lloyd Bentsen of Texas. A family friend was his chief aide, and although I was told I received the internship on merit alone, I knew that wasn’t the case.

Mr. Simpson had known me since I was two or three years old, when I carried around a ragged old stuffed lion named Larry. Each time we saw him, our family friend would ask the lion’s name (already knowing it was Larry). And each time I would reply, “His name is Warry the Wion.”
Apparently this was adorable, and Mr. Simpson never tired of it. So, if nothing else, Warry the Wion possibly helped me gain a position as a summer intern.

During my stint on Capitol Hill in the summer of ’85, I was assigned to the Oil and Gas department within the Senator’s office. Being from Texas, I thought the choice was obvious.

As an intern, we shoveled through the daily mail, and sorted it into categories like Social Security, oil and gas, education, legislative questions, and even a “personal” pile for those letters that came from an elderly lady who had a “crush” on the senator.

Sometimes we were allowed to do exciting things like attend committee meetings. I’ll never forget being a wide-eyed twenty-two-year-old sitting across the table from Senator Bob Dole at one of those meetings.

I felt like I was Marlo Thomas in “That Girl” as I raced through the tunnels of the Capitol building, going to meetings, running errands, and dreaming of a life working in Washington, D.C.

It wasn’t uncommon to pass Senator Ted Kennedy, or Senator Phil Gramm, as well as other well-known congressmen of the time.

I even attended a performance of the Ft. Worth Symphony, which was sponsored by Speaker of the House Jim Wright from Texas. When I was introduced to the Speaker, and shook his hand, he said to me and everyone within earshot, “All the pretty ones come from Texas.”

My experience as an intern was exceptional, and it further sparked the dream I had to work in D.C. I loved the city, and the history, and the rush of working in the heartbeat of America.

But as I mentioned earlier, I hadn’t really thought things through, and not only was I ill-prepared for a government job, I was completely unprepared for the cold, and miserable winters in Washington, D.C.

My roommate eventually moved in with her boyfriend, and I was left alone in a sparsely decorated apartment, feeling sorry for myself. The chances of getting a job were already slim to none, and slim had just left town, but then the Gramm-Rudman Bill passed, which was designed to eliminate waste in government. In other words, no one was looking to hire an unskilled girl from Texas who was surviving on a wing and a prayer.

I didn’t make the decision to call my parents and tell them I was coming home until January 28, 1986—the day the space shuttle Challenger broke apart 73 seconds into its flight.

I’ll never forget that day. It was cold and overcast, and I was alone in the apartment. Again. I had been reading The Color Purple, and decided to take a break and drive to the McDonald’s down the street. After ordering my side salad and a diet coke for lunch, I headed back to the empty apartment. The radio was on, and a song was interrupted with a special report: The Challenger had exploded, and the first teacher to go to space was on board.

I hurried inside, and turned on the television, and watched in both horror and disbelief.
And I had never felt more alone.

I couldn’t call home because my parents were at work. So I sat on the couch and cried. Later, President Ronald Reagan spoke, and he said the words I needed to hear. The words that shaped the rest of my life and my choice of a career: “The future doesn’t belong to the fainthearted; it belongs to the brave.”

In that moment, I knew I had to be brave and admit I had been defeated. The D.C. dream was over. It was time to go back to Texas and pursue a teaching position. In my own, unspoken way, finding a teaching job was a tribute to Christa McAuliffe.

And so my life in public education began, but I’ve never let go of the love and interest I have in our government. I love my country, and have always hoped to do my part to make a difference in this great land of ours. Although it might be small in the big scope of things, I have helped to changed the world one student at a time.

And that’s where I was on September 11, 2001. In the classroom teaching To Kill A Mockingbird to my sophomore Pre-AP class.

It was during that class period that there was a knock on the door, and a parent wanted to talk to me about the novel we were reading. Her son was offended by the use of the “n” word. I explained that I was also offended by it, but that the use of such language illustrated the ignorance of those who said it. After having a brief, but productive conversation, I returned to class just as the bell to end first period rang.

I walked down to the office and checked my box, and the secretary said, “A plane just crashed into the World Trade Center.” I looked at her in a crazy way, and then it registered what she had said. And I blurted out, “What?” and she repeated the statement in a monotone, shocked manner.

I called the librarian and asked if I could get one of the TVs that was stored in the downstairs supply closet. I wheeled it down to my room, and was able to find a local channel, which was covering the “accident.” Students were coming in, and asking what had happened. At this point, I thought it possibly had been a horrible mistake. Pilot error. I had no idea terrorists were flying the plane.

And as second period began, the second plane crashed into the other tower. And as we stood and watched, we were terrified. We knew our nation was under attack. And we knew our world would never be the same.

At this time in my life, I had just started working on my masters degree in school counseling. I had to leave as soon as school was out to get to class on time. As I drove down Highway 64 toward UT Tyler, I passed gas station after gas station, and the lines of cars were protruding out onto the highway. It was one of the eeriest moments I remember. As I slowly drove by, the fear and uncertainty was clearly imprinted on the faces of those I passed. Before September 11, 2001, I don’t ever remember being afraid. But that all changed. On that day, the world stopped turning.

We sat in my Overview of School Counseling Class, and we cried. Our discussion was about the day’s events, and the sorrow, and fear, and feeling of uncertainty we were all experiencing. Who could do this to the United States of America?

When I arrived home, my family was gathered around the television, and our 6th grade and 3rd grade sons were scared. And so were we.

But then we woke up, and September 12th happened. And the world seemed different. Stories of bravery and honor, and patriotism were shown on the news. People were giving blood, and donating food. First responders, along with everyday people were doing whatever was necessary to help. Flags were flying outside homes and businesses, and “God Bless the USA,” by Lee Greenwood was being played on all the radio stations. People were wearing red, white, and blue, and fear was being replaced with hope, and determination, and resilience.

Our country was unified against a common enemy. There was love, and support, and honor, and freedom, and brotherhood.

And here we are now.
Nineteen years later.
And instead of being unified against a common enemy, we are divided against each other. The news doesn’t show the goodness, and kindness, and brotherhood that still exists, but chooses to show only the negative things that are going on. And some of the footage is more graphic and horrifying than anything we saw on that day in September.

Disrespecting the flag is a daily occurrence, and there have even been groups who have chanted, “Death to America.”
Parts of the country are being destroyed with violent riots and looting, and even bloodshed.

And everyday, I weep for America. I cry for the land that I love. For the land of the free, and the home of the brave.

I don’t know the answer and I don’t want this to get political.
But I think we should look at all we have. We are without a doubt the greatest country in the world. Yes, we have many flaws, but as Americans, we need to stop destroying our nation. We need to stop canceling our culture. Changes are necessary and important, but change needs to come through peaceful and legal ways. Believe in the process. There is a new awareness of wrongs that need to be righted. We must try to move forward in a civil manner.

As for me, I want to live every day like it’s September 12, 2001. I want to sing patriotic songs, and wear red, white, and blue, and fly the flag, and let freedom ring. I want us to work together, and find a way to get along. I want to embrace tolerance, and the differences that make us a land painted in a unique tapestry of colors, creeds, and beliefs. I long for us to be one nation under God and I pray daily for our country, the people, and our leaders.

I want to always remember where I was when the world stopped turning, and I will also never forget the words from Darryl Worley’s song:

“Have you forgotten how it felt that day?
To see your homeland under fire
And her people blown away.
Have you forgotten when those towers fell?
We had neighbors still inside
Going through a living hell.
And you say we shouldn’t worry ’bout Bin Laden.

God bless America! And may we never forget that September day, and may we never take for granted the rights, and and opportunities and freedoms we have as Americans.

I still remember…
And always will.

Click here to listen to “Where Were You When the World Stopped Turning?” 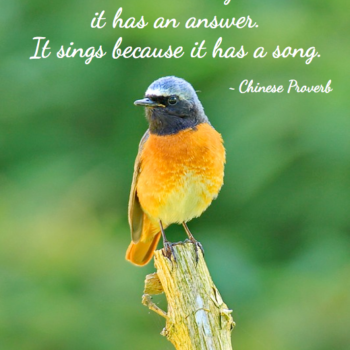