Just a small town girl…(crank up Journey, and whatever you do, don’t stop believin’) 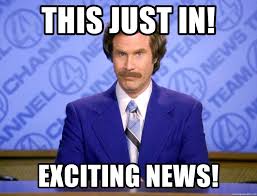 As many of you know, I wrote a book about my journey through grief when I lost my father. After publishing “Mockingbird Moments” in 2017, I received an outpouring of love and support from family, lifelong friends, and even strangers. Friends of friends reached out to tell me how the book affected them, or to mention that they also grew up in a small town. I have made many new friends through this book, some of whom I’ve never even met, but we seem to share the same soul, the same feelings of loss, and the same struggle when it comes to trying to act like everything is normal, when inside your heart is broken.

As a person who loves words, books, and stories I look for universal themes in everyday life. I’m a firm believer that “no man is an island unto himself”; we are all a part of everyone we’ve met, and each life is affected by every other life in some way or another. I believe when it comes to serving others, there is no role too great or too small, and my hope is that somehow, I have been able to use my words, my book, my story to help another who has also suffered a great loss.

A year-and-a-half ago, I was approached about writing a book about a “hometown hero”–a person who was a major force in not only protecting and preserving the heritage of Nacogdoches, but also moving it forward in many directions. Of course, I was flattered, and honored to even be considered for this project, but mostly I was scared to death. I had never done anything like it before, and I tend to stick to writing about things I know from my own personal experiences. After several meetings, lots of emails and phone conversations, the project took off, and the end result is my second published book, “Creek to Creek: The Life and Legacy of Charles Raymond Bright.” I don’t want to give anything away about the book, because, of course, I want all of you to rush out and buy a copy. I want you to read it, and learn from it, and in some way, take something I wrote, or something that Mr. Bright said or did, and let it inspire you to action: to participate in your community, state, nation, or even universe to somehow make this world a better place. (Keep reading and I’ll give more information about when/where you can get the book)

You see, words are important. Words matter. Whether they are written or spoken, their impact is immediate, and they can’t be taken away once they leave your mouth, or once the ink hits the paper. I’m sure we’ve all learned this the hard way, when we’ve used words in a hurtful way. We may have been forgiven, but the words will never be forgotten. Just as words can cause pain, they can also be uplifting. They can change you, direct you, and sustain you. Again, I’m sure we’ve all experienced the positive use of words, and I for one love it when I receive affirmations, compliments, or even challenges from the words of another.

As a writer, I have a responsibility to the reader to use my words wisely, economically (I need to work on this one) and thoughtfully. I take that very seriously, and know that I have areas in which I need to work, but I’m learning and growing and enjoying the ride I’m on. (yes, I ended that sentence with a preposition. Deal with it).

So why did I even write all that about words? It seems a little disjointed and off subject. The answer is simple. Although I was completely on board with working on this project, one simple comment influenced my attitude and my purpose when writing about Mr. Bright.

I was told that they wanted a book “kind of like the one you wrote about your dad.” They wanted it to be personal, and heartfelt, and based around stories as well as reflections and insights on life in Nacogdoches. Whether it was meant in this manner or not, I took that as a compliment. They liked what I had previously done, and wanted that to be the basis of the manuscript. The major hurdle for me to jump, however, was that I had never once met the subject of the book. That’s where my fear stepped in. As I began my journey interviewing friends, and family, and reading articles and looking at photos, it became less daunting, because the universal phrase at the mention of Charles Bright’s name is, “He was the nicest person I’ve ever met.” I don’t want to say it was easy, but when your subject is as outstanding a person as Mr. Bright, the story tells itself.

Earlier this week, with the help of friends, I was able to put complimentary copies of the book in the hands of those who played a major role in making this dream a reality. After they were delivered, and I arrived home, I received phone calls, texts and emails thanking me for the book, and for the work I had done. Please, please, please understand, I am not being haughty or arrogant. And please know I am in no way a historian. I love history, and appreciate historical writings, but I can’t claim to ever be more than someone who can write about various things. Again, my philosophy about life is it’s all built on relationships, and that’s how I approached the book. I looked at the things Mr. Bright did, the people he knew, and the town he loved, and shared the words and stories of those who knew him best. Those people are as much the author as I am.

And then it hit me. It’s about all of those things, but mostly, it’s about missing my dad– something that never goes away, although at some times it’s more bearable than others. So why are these feelings so strong now? I finally realized… that those words, the ones that were spoken to me at the beginning of the project, the ones that said they wanted a book “sort of like the one you wrote about your dad.” Those words. That sentence. That thought. That challenge. That’s what moved me forward through this project. And so today, when the dust has settled, and the work has been done, I can clearly see that my dad, although he’s been gone for over 26 years, was with me every step of the way, and through the telling of his story, I was given the opportunity to do something I love.

His spirit and heart guided me, sustained me, and all the while believed in me.

As I share this book with the world (or my small corner of it) it is with immense gratitude, and honor, that I thank the Charles and Lois Marie Bright Foundation for their faith in me, and the Nacogdoches Chamber Foundation for their support of this endeavor. I thank my father for never leaving me, for continuing to influence my every action, and for loving me with a love that transcends time. And of course, I want to thank my hometown–a town like no other. A place where I’m always welcome, the place where I got my start, where I made lifelong friends, and a place where some of my best memories reside.

Most importantly, I want to thank a man named Charles Bright for his kindness, great works, and good deeds. I hope and pray that I honored him as much as I was honored to write about him.

Here is some information about a book signing. I hope if you are in town you will stop by and see me. Thanks again, to those who encouraged me and believed in me. My cup runneth over, and this small town girl will never, ever stop believin’ in the people and the place I will always consider home.