Pity Parties and the Gift of Grief 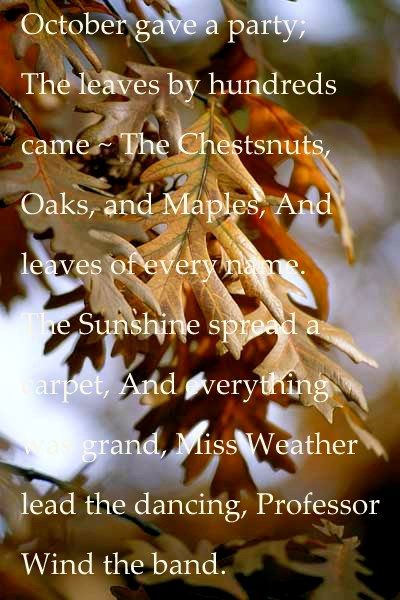 “But when October comes and goes and in no time at all,

I’ll begin to feel the chill of an early fall…”

(from the song by George Strait)

I love the Fall. Of all the seasons, it’s my favorite.

For years, I’ve tried to hate it. I’ve broken up with it many times, and happily watched it drop to fourth in my seasonal rankings. On countless occasions I’ve been done with Fall and quickly replaced it with Summer as my new favorite, but every time I do this, when the heat because overwhelming, and the thrill is gone, I always seem to come back, desperately wanting to have a do-over; a second chance. I beg the Fall to let me back in…

But with all the beauty, and colors, and pumpkins, and football, and mornings on the porch drinking coffee, the crisp, cool air brings with it the feeling of loss, and I’m once again celebrating the birthday of my grief.

I lost my father suddenly, on a Tuesday in October, in the wee hours of the morning. With basically no time to spare, we raced to my hometown, hoping we would get there in time to see him one last time.

We made it, but my father didn’t. I never got to say goodbye, or to simply thank him for the wonderful life he gave me. The day he died, part of me died with him, and I’ve spent twenty-eight years struggling with the reality of the words I hoarded, and the time I wasted.

Every October 20th is difficult. Many years, the anticipation of the date is more devastating and heart-wrenching than the actual day.

Every year like clockwork, I relive it. I think about every single minute of October 19th, and the first hours and minutes of October 20th. And with each remembrance I always wonder, “What if?…”

What if I had told him I loved him the last time I saw him? Would this have made a difference? Would he have fought harder to live knowing of my love and gratitude?

What if I had been nicer, and kinder, and more aware of the needs of others? Would being more selfless have added more moments to my Dad’s life?

Even though we thought he was going to be okay, what if I had quickly gotten in the car when I first heard he was in the hospital? Would that have saved him? Would that have changed his fate?

Grief is a tricky, cruel, and unrelenting foe. It causes you to place blame, and anger, and denial, and indifference to the loss you experienced. Grief takes over not only your mind, but your heart, and your soul.

“Grief is a thief, as it not only takes away our loved ones but also steals our joy. There is nothing fake about grief. It is overwhelming, ugly, and real.” (pg. 7, Mockingbird Moments)

As the date of my loss is looming ever-closer, I find myself already reliving so much of what happened on that day in 1992. You see, every now and then, the date and the days actually line up, and October 20th lands on a Tuesday. And in an even more rare event, it not only lands on the same day of the week as it did all those years ago, but it also coincides with a presidential election year.

So much about this October has taken me back, caused me to reflect, and made me extra melancholy. Maybe it’s the stormy, unpredictable fury of the unprecedented, and definitely unwelcome year that we’ve experienced in 2020. Maybe it’s the hate, and vitriol that is spewed daily, and the uncertainty of what’s to come. It seems just as we begin to relax, we are awakened to another pelting and bruising by the “next unexpected thing.”

With everything that feels the same, there are many differences. While my heart is heavy, and worried, and consumed about the future of this land I love, and while I’m weary from masks, and mandates, and the media, I know something inside me has changed. My spirit is lighter. The walls of grief aren’t nearly as high, and they are no longer blocking my vision or my view.

In 1992, I was expecting my second son. He arrived in December, fifty-two days after Dad died. He was my strength, and honestly carried me through those first days of losing Dad by reminding me that in just a handful of weeks we would experience this pinnacle event in the circle of life.

And this year, like in ’92, that circle, and mountaintop feeling has continued, as we welcomed my second son’s baby into the world; my precious grandson Cooper. This little fella has brought an unimaginable amount of joy into all our lives, and in The Year of Corona, he’s been a game-changer, reminding us daily that there is always something to be thankful for.

Through his eyes, I now see that my grief had both a reason and a season. Through my journey of love, loss, and letting go, I have gained a strength, and understanding, and even a confidence I never would have known had grief not been my constant companion.

Although I felt cheated, and cursed, and “picked on” for many years by being denied more time with my hero, I now am able to clearly see the plan, the lessons, the faith, the growth, and overcoming.

It has become distinctly evident that all along, my grief has been disguised as a beautifully wrapped package—–the falling leaves, the gentle breeze, the amazing colors, the freshness, the simplicity, the moving from one season to another.

For twenty-eight years, I’ve consciously chosen not to look past the outer layer of the gift. I’ve chosen not to see what was waiting under the pretty paper, fearing it would only add more pain, or sorrow, knowing I had no room inside for anymore suffering or regret.

Several years ago I poured my heart into a book about Dad. My words were healing, and provided an immense amount of closure. But with the catharsis, I began to relive those days, and although I had in many ways come to terms with so much of my grief, I was afraid to let go completely. It had become a source of comfort. Grief had become my muse. My inspiration and motivation. It was from that deep place within me that ached and mourned that I was able to finally find a way to pay tribute to my father. I feared that letting go of my grief would leave me without the ability to write.

After letting go of my dad through my words, all that remained was an overstuffed, yet empty, bottomless pit of grief. In so many ways, the manifestation of my grief, and the process of letting go has been ugly, difficult, and seemingly endless. But as I begin to thaw, and slowly and intentionally let go of tiny pieces from my past, I see something beautiful emerging. Something more precious than anything I could ever imagined. After almost three decades of searching and waiting, I had found myself. And believe me, it took a lot of “grit” to make that pearl.

In the midst of all the noise in the world, over the last few weeks I have intentionally taken a break from the chaos, and divisiveness. I’ve limited my time on social media, limited my intake of the news, and cleared my mind. I firmly believe that silence in so many ways is louder than making noise with my opinions and views. In so many ways, I’ve  wanted to rest my heart, my soul, and my mind. I’ve strived to be prepared for October and whatever surprises it dishes out. I’ve decided to be ready to confront my grief head-on, and defeat it once and for all.

Recently I had one of those “a-ha” moments on my way to work. I was listening to the radio, and a song other than the one playing came to mind. I couldn’t for the life of me think of its name. It was driving me crazy, and as I often do when I can’t think of a name or word, I began to go through the alphabet letter by letter. This usually works by triggering my brain, and I’ll let out a huge sigh of relief when I retrieve the word, reassuring myself I’m not losing my mind.

I drove for several minutes, and nothing happened. My mind was blank, and I felt a little forgetful. And all of a sudden, in a way that only God can work, the very song I was thinking of came on the radio—-and it’s not a song that is currently popular. It truly took my breath away when I heard Michael W. Smith singing, “Agnus Dei.”

Not only did I get to hear the song that was placed on my heart, but I was reassured that in my quest to be silent, I was heard! What a great revelation! What an amazing God we serve!

The day before yesterday, I also heard God’s voice, as I was feeling a little blue, remembering my dad and our last conversations. As I was getting close to wallowing in self-pity, a thought swept through my brain, and it was about a gift I had been given—-the gift of being Charles Brown’s daughter. The gift of being a fighter; someone who rarely gives up; someone who constantly self-reflects in an effort to do better and be better.

And just like that—–BAM!—–I realized that I had been given the gift of grief. Had I not felt such a tremendous loss, and spent years trying to find peace, and acceptance, and understanding, I would have never written a book. I would have never pursued and realized this dream. How simple and obvious this now seems! My father not only gave me  a wonderful, blessed life, but he also taught me how to live again after his death.

As I continue along on my journey, I no longer view grief as a thief. I no longer feel slighted, or cheated, or cursed. I understand that all of this had to occur in order to lead me to where I am now; to the place where I am meant to be.

And with all my flaws, I still find within me a newness. A resilience. A relentless spirit. I find joy, and empathy, and confidence, and strength.

And through my grief, I have found peace.

After so many years of searching for understanding and meaning, I’ve finally discovered that place of acceptance. I believed I was alone as I traversed through my sorrow and pain, but now I see that it was my father who was pushing me to move forward. To keep going. To never give up. To never give in.

I am speaking about my Dad, but I’m also referring to my Heavenly Father. Through it all, He has guided me, and directed me, and in every season, He has shown me the way.

As I unwrap this gift of grief, I would like to thank you, October, for asking me to the dance. I’m no longer standing on the sidelines like a wallflower. I’m ready to run through the leaves and hear the music in the wind as I embrace the chill of an early fall.